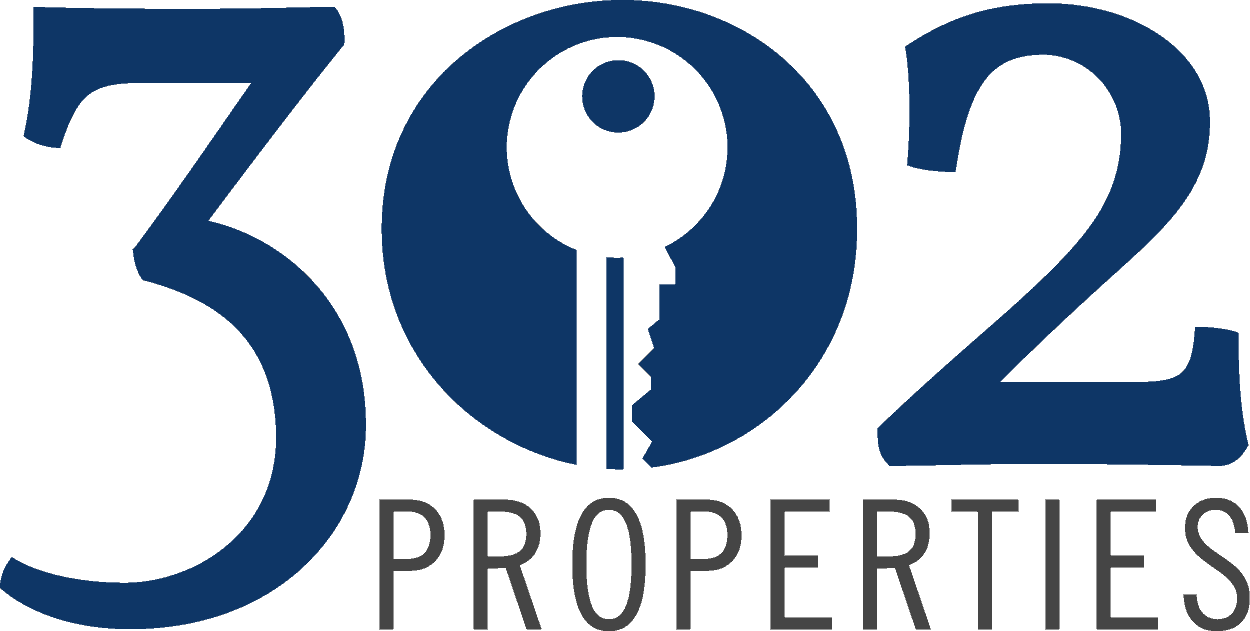 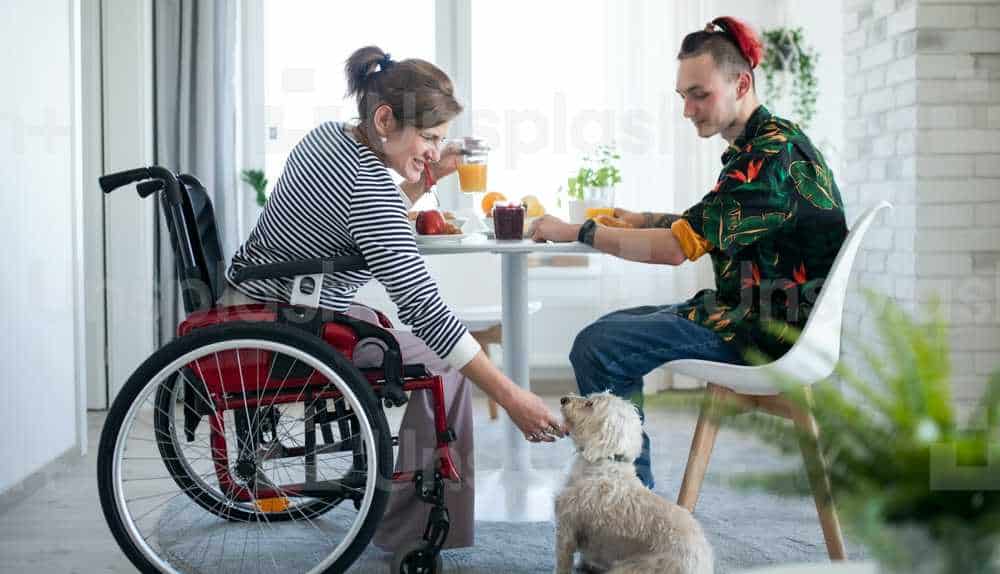 People with disabilities have been treated unfairly and have had trouble getting many goods and services in the past. However, despite advancements in accessibility and acceptance, the benefits of service animals (SA) and emotional support animals (ESA) remain relatively unknown. The housing market is one place where this problem is noticeable.

The Fair Housing Act (FHA) says that SAs and ESAs have the legal right to live in any home, even if the landlord or building doesn’t allow pets.

Before the Fair Housing Act (FHA) was passed, it was much simpler for landlords and other establishments to engage in discriminatory practices that resulted in people being denied housing.

However, according to the Fair Housing Act, people of all abilities are now guaranteed equal protection under the law and are free to search for and move into rental units anywhere they like.

It is important for those who rely on service or emotional support animals to be familiar with the specifics of the Fair Housing Act.

Not only will this article assist you in getting into any kind of lodging, but it will also guarantee that your ESA may stay with you.

What follows is a comprehensive guide to the Fair Housing Act and how it applies to situations where you could potentially be denied housing because of your service animal.

What is the Fair Housing Act?

Congress passed the Fair Housing Act (FHA) in 1968. Its goal was to stop discrimination in the buying, renting, and financing of homes.

This law protects people of all races, nationalities, and religions, as well as the disabled people and minors. The Federal Housing Administration helps people who can’t buy their ideal home because of money problems or other problems.

The Fair Housing Act was created because some property owners made decisions not rent to a person because of a specific difference.

People can choose where they wish to live thanks to the FHA without worrying about being turned down due to unfair criteria.

Although the landlord may refuse to rent out a property to a potential tenant for other reasons (such as a criminal record or a lack of income), aspects like gender, race, and family status are not allowed to be taken into account by the law.

Altogether, the following are safeguarded by the Fair Housing Act when dealing with any landlord or seller of housing:

To rephrase, the FHA prevents discrimination against those who need lodging. It also makes it illegal for any housing-related business to discriminate against a qualified applicant based on their ability to pay for a home.

How Does the Fair Housing Act Provide Protection?

The Fair Housing Act was made so that people of different races and ethnicities would not be treated unfairly in the housing market.

The civil rights movement, which ran from 1954 to 1968, and laid the groundwork for this legislation. Many people think that giving potential renters more housing options is an important step toward this goal.

To make the most of the Federal Housing Administration (FHA), it’s important to understand your legal protections before beginning your housing hunt. The Fair Housing Act protects individuals and families from a variety of discriminatory practices, including but not limited to the following:

The Fair Housing Act, however, covers far more than only minority groups’ protection. It also protects people with physical or mental disabilities, as well as people with emotional support animals or service animals, from housing discrimination.

The problem of service animals and emotional support animals is more complicated than factors like color and religion, which are self-explanatory and where the line between unfair opportunity and discrimination is rather easy to draw.

It is crucial to remember that the FHA protects both service animals and emotional support animals. No matter how the landlord feels about pets, a potential tenant can’t be turned away because of their SA or ESA.

The Fair Housing Act (FHA) protects people who need service animals. The law also makes sure that everyone has access to good housing.

What is the Role of a Service Animal?

A service animal is a dog or other animal that has been specially trained to work with people who have disabilities of some kind. This could involve anything from guiding a legally blind person to recognizing the symptoms of an oncoming seizure in an owner who suffers from epilepsy.

Service dogs can be taught to do many different things, depending on what their owners need. For example, they can be taught to get medications, check empty rooms for intruders, or offer comfort through touch during an anxiety attack.

How Does the Fair Housing Act Protect Service Animals?

Although many rental properties have a no-pet policy, landlords cannot refuse to rent to people who have service animals or charge them more money if they do.

The Fair Housing Act says that landlords can’t turn down a tenant just because they have or don’t have a service animal.

The tenant may be held financially responsible for any animal-related property damage, though. You and the landlord need to iron out the specifics of this arrangement before you sign the lease.

Before taking legal action, tenants with service animals should educate their landlords about their rights under the Fair Housing Act.

People who rely on animals for emotional support are likewise shielded under the Fair Housing Act.

An emotional support animal (ESA) is a dog, cat, or another type of animal that aids its human companion in coping with the emotional and/or behavioral symptoms of a diagnosable mental health disorder.

What is the Role of Emotional Support Animals (ESA)?

An ESA’s main purpose is to make the client feel safe and at ease. These animals are especially helpful for people who suffer from mental health issues including anxiety, and sadness, or who need comfort after experiencing loss or trauma.

Even though ESAs are helpful for people’s physical and mental well-being, they serve more as pets than service animals.

Although the Fair Housing Act protects people with service animals and those with emotional support animals from discrimination, it is crucial to distinguish between the two.

The primary distinction between an ESA and a service animal is that the latter is more trained and can aid with both physical and mental health conditions, whereas the former focuses solely on emotional and mental health difficulties like anxiety and depression.

Emotional support animals aren’t trained as well as assistance animals, but they still help people in a big way.

How Does The Fair Housing Act Protect Emotional Support Animals?

It’s a prevalent misconception that the Fair Housing Act doesn’t apply to people who use emotional support animals (ESAs) because these animals are treated like pets.

By the Fair Housing Act, landlords are not allowed to discriminate against prospective tenants based on the presence or absence of their emotional support animals.

Because of this, no one with an ESA can be turned down for a place to live solely because of the animal, unless the animal is too huge to be accommodated in the dwelling.

Should You Choose a Service Animal or an Emotional Support Animal?

Despite their similarities, ESAs and SAs do have several key distinctions that may make one or the other a better fit for a certain individual. Learn the differences between emotional support animals (ESAs) and service animals (service dogs) and know when to seek one or the other.

A service animal’s primary function is to alleviate the owner’s mental distress. Dogs, cats, horses, parrots, reptiles, and many more species can all qualify as emotional support animals (ESAs). An animal can be called an “emotional support animal” if it helps a person who is having trouble with their emotions or thoughts.

A service animal, on the other hand, is specifically trained to assist its human handler in performing a duty, such as retrieving an item or providing security while the handler is out in public.

A dog is the most common sort of service animal; an ESA is a different category (which can be nearly any type of animal).

An intelligent dog that has gone through rigorous training can serve as a service animal, which is essential because these dogs perform tasks that are often crucial to the well-being of their human partners.

Because of this, they can travel for free in the cabin of an airplane, while ESAs are not allowed there.

Landlords and the Fair Housing Act

The best method to create a pleasant living situation for all parties involved is for the renter and the landlord to communicate openly and honestly with one another.

To prove to your landlord that your service animal is more than just a pet, you may want to present paperwork and/or certification.

One alternative is to sign up your animal with a recognized service animal registry, such as www.usserviceanimals.org. Registration is voluntary, but it might help other people understand that you rely on your service or emotional support animal.

What Happens If the Landlord Refuses to Provide Accommodation?

If a tenant has a disability and their service animal does not pose a threat to the health or safety of other residents, the landlord is required by law to accommodate them. If a landlord still won’t let you stay there after they’ve read the ESA letter, though, you still have some recourse.

The first option is to submit a discrimination claim to HUD either online or through the mail (HUD). Check out their webpage for more details.

The National Fair Housing Alliance also has information on registering a landlord grievance, and you can file a complaint directly with state government authorities investigating discrimination claims.

Due to the protections provided by the Fair Housing Act, prospective renters who rely on emotional support animals can apply for apartments without worrying that they will be rejected because of their ESA. The Federal Housing Administration (FHA) exists to prevent unfair treatment in the housing market. This includes people who may need the help of an emotional support animal because of a disability.

Understanding your legal protections in this often-overlooked area will make the search for your future home a lot less stressful and more rational. The most straightforward approach to accomplishing this is to familiarize yourself with your rights under the Fair Housing Act.

Are you a rental property owner wondering about the tax implications of repairs and capital improvements? Look no further as we dive into the nitty-gritty details of how these expenses are taxed differently and why...
Read more
January 19, 2023

The Correct Way To Purchase a Fixer-Upper – 8 Best Tips

Do you enjoy the challenge and sense of accomplishment of improving something that is broken or outdated and making it look better? Do you know the correct way to purchase a fixer-upper? If so, buying...
Read more